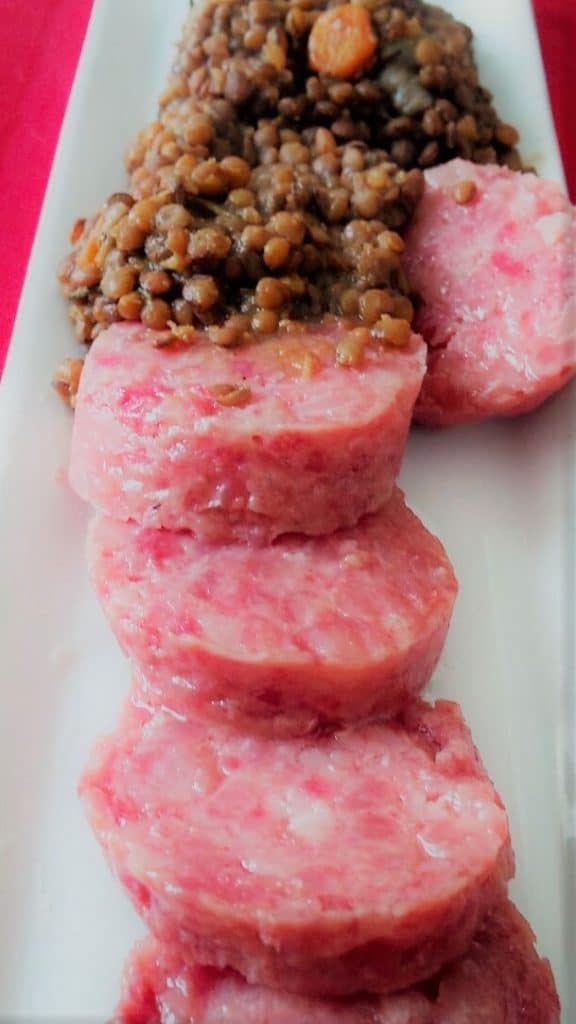 Cotechino is a pork sausage that really demonstrates how every part of the pig can be used to prepare something delicious. Secondary choice cuts like the ears are ground and stuffed into some pork rind (or even into a pig leg) and flavoured with salt, black pepper and spices like rosemary, even if sometimes they can be also nutmeg and cinnamon to make up a fatty sausage that must be slowly braised – a sort of cooked salame!

Cotechino is usually served at New Year’s Eve with lentils, as the Italian tradition.

Eating the lentils at the stroke of midnight is believed to be a good omen for the new year, because they looked like small coins: whoever manages to eat the most will allegedly be showered with money during the 12 months ahead.

Soak the lentils in plenty of warm water and leave them to rehydrate for 2 hours, changing the water from time to time.

Cut the celery and one of the carrots in thick slices and put them in a large pot along with the cotechino. Pour over enough water to cover the cotechino and bring it to a gentle simmer. Prick the rind of the cotechino with a fork to allow some of the fat to pour out into the broth, then cover the pot with a lid and leave it to cook on medium heat for 2 hours.

Finely dice the onion, the remaining carrot and the celery stalk , then brown them with some hot olive oil in a large pan. Drain the lentils and add them to the pan as well, then add also the rosemary sprig and tomato paste. Pour in enough vegetable broth to cover the lentils and let them simmer on medium heat for 30 minutes.

Once the cotechino is cooked through, use the tip of a knife to make an incision in the skin following the whole lenght of the cotechino and then gently peel the rind away. Alternatively, you can slice the cotechino first and then ask your guests to discard the skin of each individual slice.

Tip: Fresh cotechino takes at least 2 hours of braising in a large pot before it can be eaten. It’s however very easy to find in specialty online shops precooked vacuum-packed cotechino that takes far less effort to prepare and gives you comparatively good results. Precooked cotechino can be boiled for 20 minutes by directly placing its plastic packaging in a large pot; once ready, cut a corner of the bag and drain the fat before taking out the cotechino. Make sure never to throw away the fat in the kitchen sink, or it will clog the drain when it cools down and solidifies. 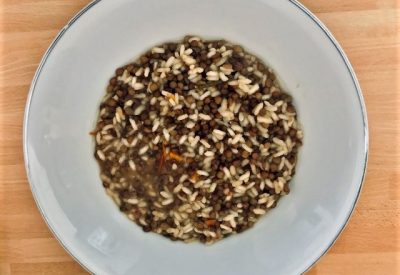 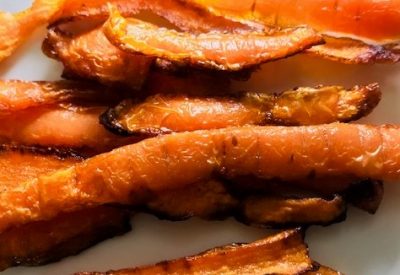 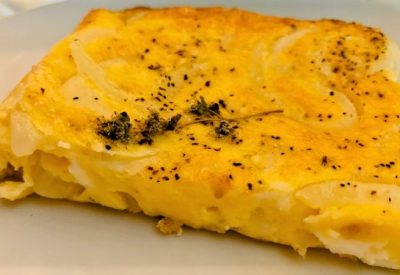