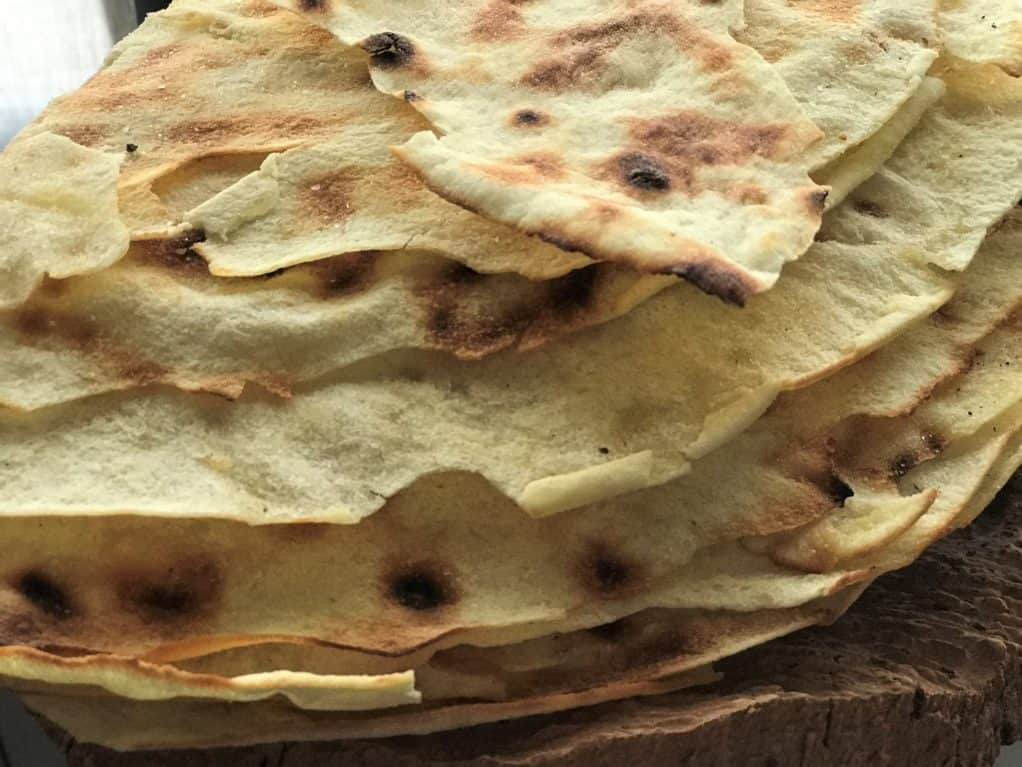 Carasau bread is a typical product of Sardinia, one of the two big islands of Italy; it originated in the area of Barbagia, in the North-East of the Island, the name Carasau comes from the Sardinian word for ‘to toast’.

The peculiar shape of the Carasau bread was actually very functional for its main consumers, namely the Sardinian shepherds; once cut in half, the sheets of bread had the same semi-circular shape of the shepherd’s bag, which allowed them to transport it easily – and because the Carasau bread is dried, it doesn’t develop mold as easily as normal moist bread.

It can be eaten as it is or like bruschettas – and even used in lieu of pasta sheets for lasagne. But the most known use of it is Zuppa Gallurese , a lasagna-like dish prepared with Carasau bread.

Divide the dough into three pieces of roughly the same weight; use a rolling pin to flatten each piece of dough into a thin disc-shaped sheet with a diameter of about 35 cm.

Place each disc onto a cloth and cover them with another kitchen cloth.

Tip: It would be best to use a woolen cloth, but if you don’t have one you can use a cotton cloth, as well.

Place the first disc on an oven tray and put it in the oven. The dough will start swelling almost immediately. After few minutes, the whole dough will be swollen like a balloon.

Take the bread out of the oven and use a sharp knife cutting it in half horizontally by separating the upper layer of dough from the lower one. Place both sheets on a kitchen cloth, cover them with another kitchen cloth and gently press the discs together.

Repeat until all the dough-discs have been baked and cut: you should get about 7 thin sheets of it. These sheets are baked, but still pliable; to make your carasau bread crunchy, you need to toast it by placing it again in the oven until golden colour, thus just put each sheet back in the oven to 220 °C – 425 F – Gas 7 further 2 mins, turning it over about half-way through the cooking time so that both sides toast evenly.

Allow Carasau bread to cool down before serving it.

Tip: Carasau bread is delicious when topped simply with a pinch of salt and olive oil and/or some fresh rosemary.

How to Store Carasau Bread?

Keep Carasau bread into an air-tight plastic bag, it will last for a couple of months. 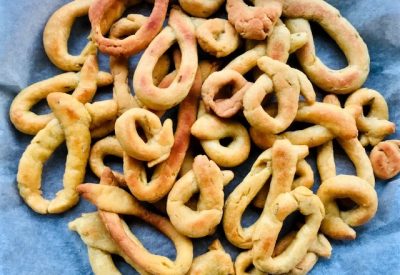 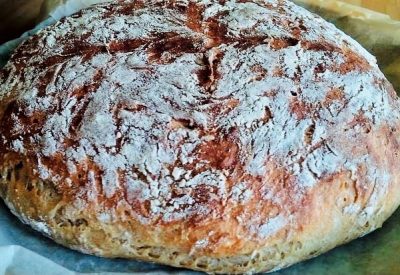