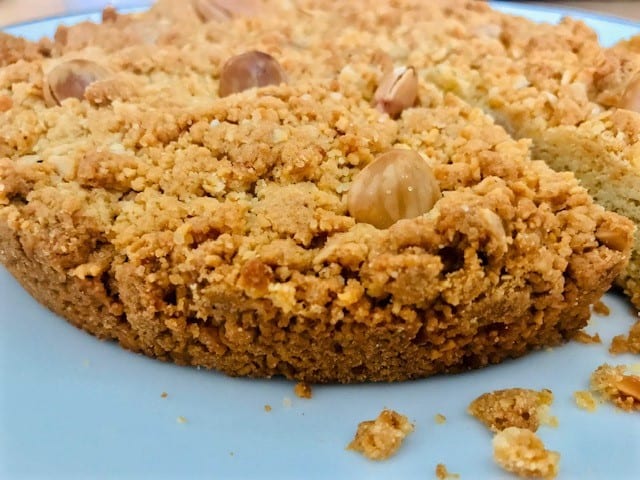 Sbrisolona is a very simple cake made with almonds and cornflour, covered in whole almonds too. It is a cake typical of Mantua, a city located in Lombardy region, Northern Italy.

The word Sbrisolona comes from the Italian word briciola, namely “crumble”, as it has a very crumbly texture, and it will be almost impossible to cut an actual slice of it like a proper cake because it breaks apart into coarsely chopped pieces.

This cake has a very long history: it dates back to the 17th century. It was initially considered to be a sweet for the poor table of peasants, yet soon became a fave food of the noble Gonzaga family that ruled Mantua from the 14th to the 18th century.

Grind 90 g almonds with 90 g sugar in a mixer until you get an almond flour.

Tip: don’t grind them too long otherwise the almonds will release their oil.

Add the almond flour to the plain flour/AP and corn flour and mix together, add the vanilla extract, grated lemon peel, a pinch of salt and stir.

Add the egg yolk and the cold butter cut into small pieces and start crumbling with your hands to create a sandy mixture with coarse crumbs.
Mix together, place the mixture in a 20 or 22 cm springform.

Sprinkle with the rest of the sugar, add the whole almonds in and other ones on top.
Bake in a preheated static oven for about 40 mins or until the surface is golden brown.

Cover with aluminium foil if it becomes too brown while baking.

Allow it to cool down at room temperature. 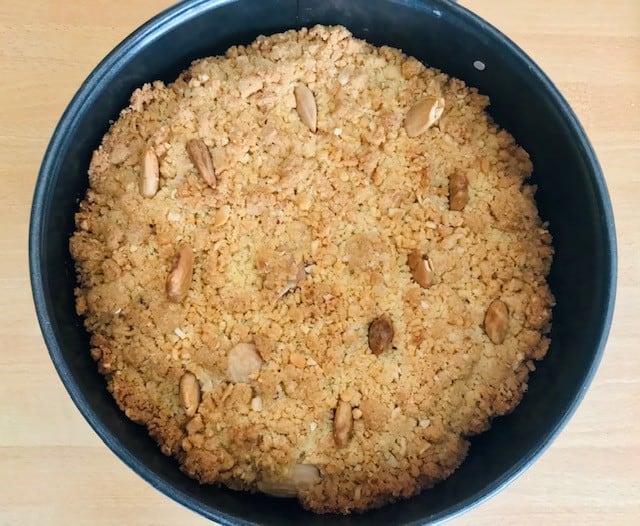 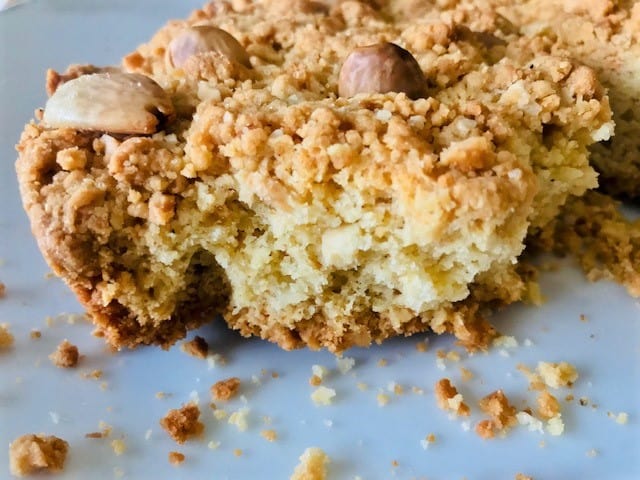 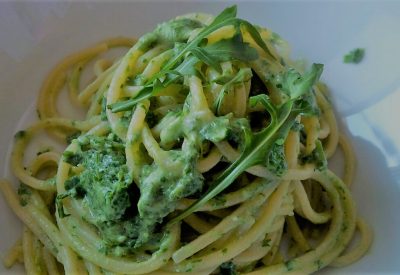 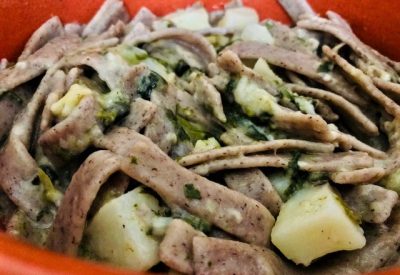 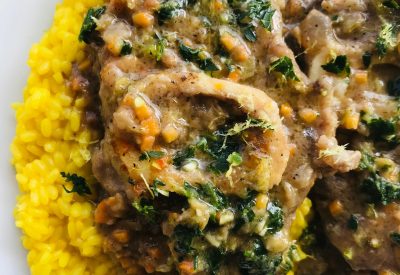