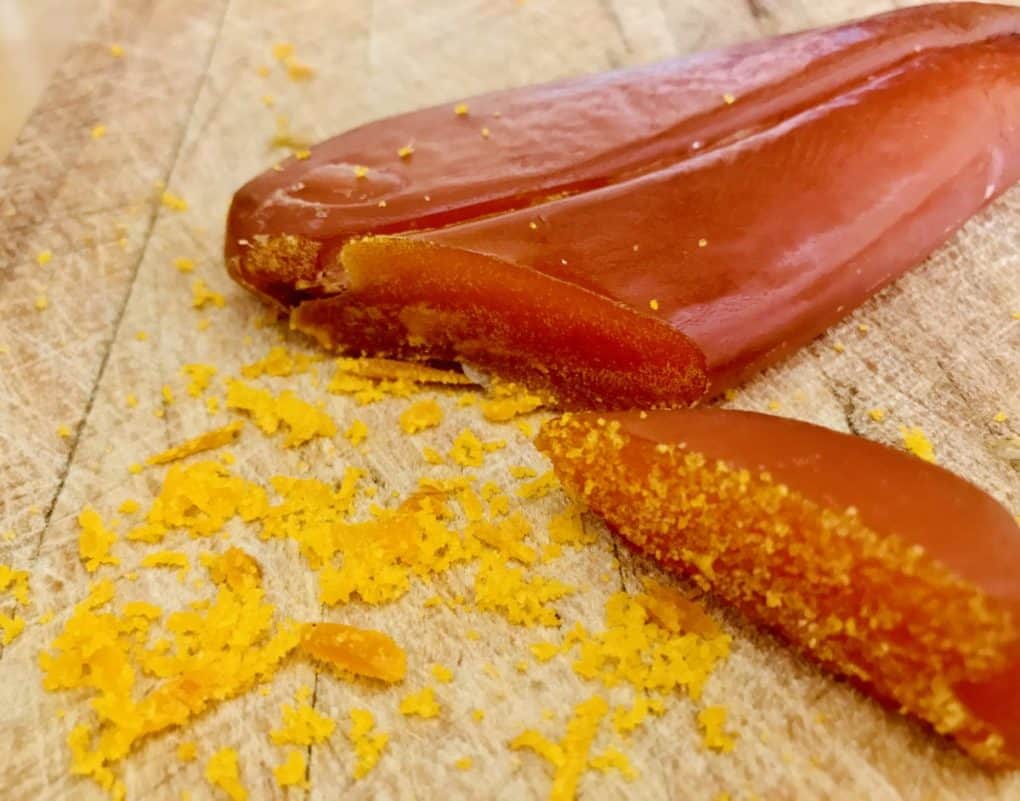 Bottarga di Muggine – aka just Bottarga namely Mullet Roe or Mullet Fish Eggs, is made from the eggs of mullet fish, precisely is an oblong orange sac of the mullet fish eggs dried afterwards.

In Italy, Bottarga di Muggine is mainly produced in Sardinia, precisely in Cabras, a Municipality of just under 9000 inhabitants in the province of Oristano in the west of Sardinia, although widely known and consumed all over Italy by now and recognised as a special traditional Sardinian product which belongs to the ancient history of the Island. It is said that over 3,000 years ago, Phoenician seafarers arrived on the coasts of Sardinia island, bringing with them the art of preserving in brine and seasoning sacs of mullet roe.

It is also produced in Orbetello along the coasts of the Maremma Grossetana in Southern Tuscany, albeit when you name Bottarga di Muggine your mind goes straight to Sardinia Island.

How do they make it?

The freshly caught mullet fish is stripped of its egg sac which is then salted, pressed and cured afterwards for 30 to 60 days.

An excellent Bottarga di Muggine Sarda can be recognised by its colour: if it is amber-coloured, uniform or with slight nuances, it is a product of impeccable quality. Its flavour is strong, enveloping and savoury, with a distinct hint of the sea, similar to dried anchovies but it also features a very smooth and silky texture.

In Sardinia it is usually served freshly grated on seafood dishes or pasta as Fregula with Clam or just in Spaghetti with grated Bottarga spaghetti-with-bottarga/ or also served over slices of warm Carasau bread just seasoned with oil.

Where can I get Bottarga di Muggine Sarda?

The orange dried sac is sold in a vacuum packet, but there is also a grated version sold in glass jars. Apart from Sardinia, it can be found almost everywhere in supermarkets or delicatessen shops in Italy and is also available online in both versions. 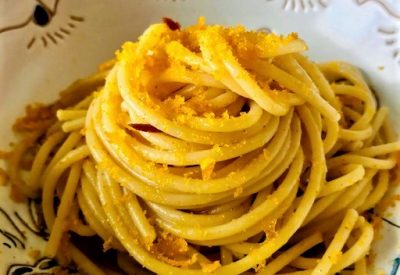