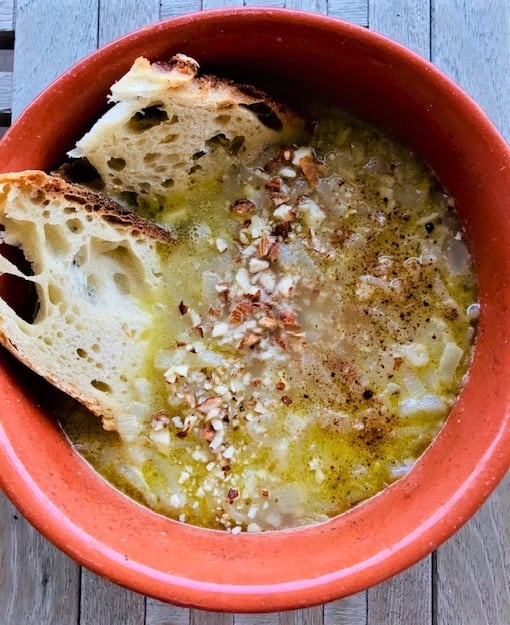 Carabaccia Fiorentina is an old rustic onion soup from Tuscany, precisely from the city of Firenze, whose curious name comes from the carabazada, namely the soup tureen in which the soup was served. Red onions or Golden onions are used, cooking gently until they soften and the dish is characterised by chopped almonds and cinnamon, which gives it such a special taste. It is served with some slices of stale bread that will become as soft as butter, because in Tuscany the use of stale bread in soups is a must.

Over the centuries, this soup has undergone variations, sometimes it is not always found in its most original and therefore particular version.

Its origin seems to be attributed to Caterina de’ Medici who took it to the French court, and it would seem that the most famous French onion soup is the descendant of the Florentine Carabaccia, which arrived in Paris from Florence.

Coarsely chop the almonds, set aside.

Peel and slice the onions. In a saucepan, wilt the onions in 3 tablespoons of EVOO along with the garlic clove, all over low heat for about 15 minutes, stirring occasionally.

Add a tablespoon of apple cider vinegar, the chopped almonds (keeping some aside for garnish later), the cinnamon powder, the hot vegetable broth that have to completely cover the onions, add a pinch of salt. Bring to the boil, then lower the heat and simmer with the lid on for about 30 minutes or until the broth is almost absorbed.

Sprinkle with a pinch of ground black pepper and again with a pinch of cinnamon powder, scatter the peeled chopped almonds set aside previously and serve with a few slices of stale bread.

Note: there is also a version where grated Pecorino cheese is added at the end. If you like the idea, why not? 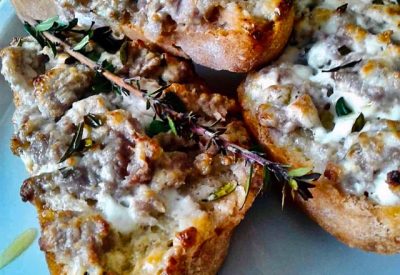 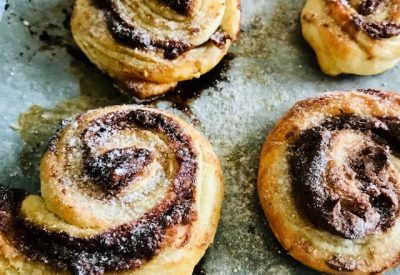 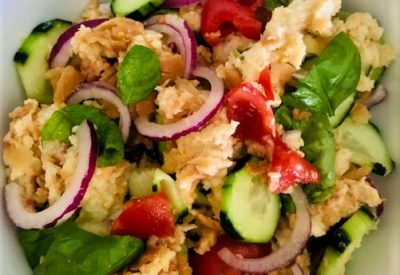