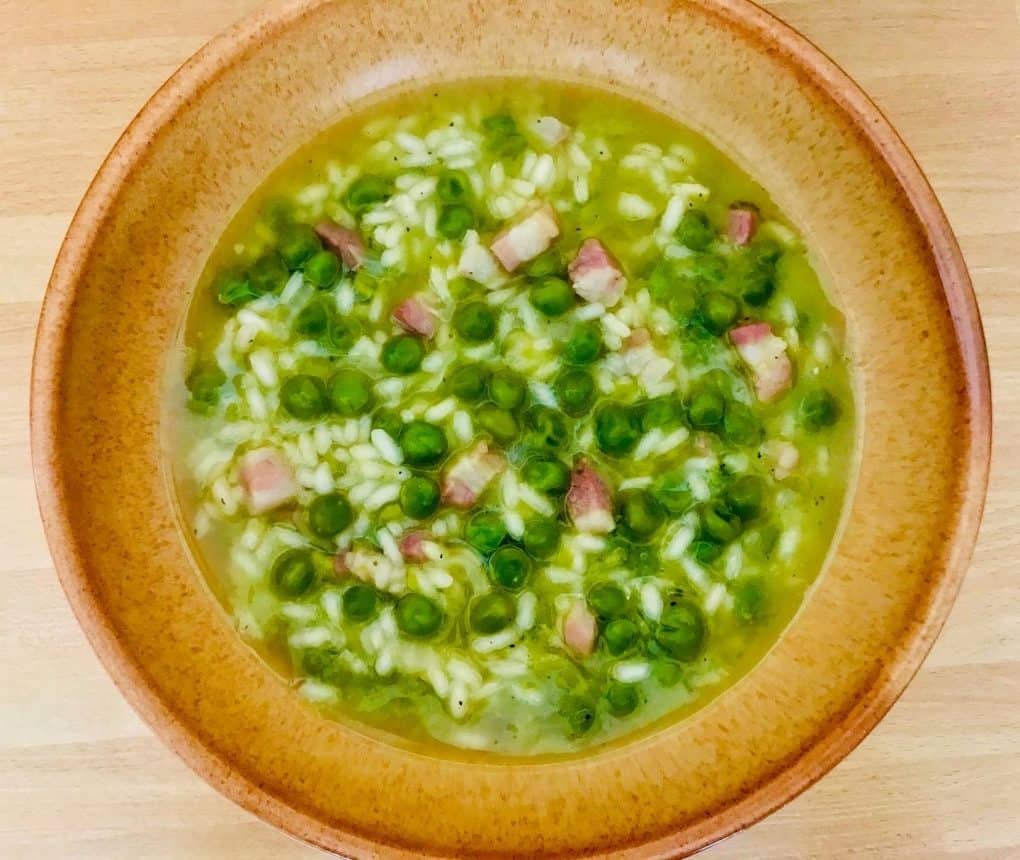 Risi e bisi ( means Rice and Peas in venetian dialect, Riso e Piselli in Italian language) is a dish based on rice and green peas typical of the Veneto region, in particular of the city of Venice, and also of Vicenza and Verona cities.

The rice usually used is the quality Vialone Nano which swells during cooking and absorbs the sauce, resulting in a final dish halfway between risotto and soup: risi e bisi, in fact, should be neither too brothy nor too dry, but soft and creamy. Carnaroli and Arborio will be fine, however.

The addition of pancetta gives even more flavor to the dish.

Prepare the classic vegetable broth, at least 1,5 lt and keep it warm.

If you use fresh peas, shell them, wash them and place them in a bowl, as well as the unfrozen ones.

Tip: In the traditional recipe, the broth is made by using the pea pods: once the peas have been shelled, wash the pods under running water, place them in a pot with the broth and cook for about an hour from the beginning of boiling. When they are cooked, blend the pods with an immersion blender, leaving them in the broth. Then pour the puree into a bowl, passing it through a sieve first, and keep it warm. Use this broth to cook the rice.

Heat the vegetable broth previously prepared, clean and chop the parsley and cut the bacon into cubes. In a saucepan, sauté the chopped onion with half of the butter and two tablespoons of oil and allow it to brown over low heat for about ten minutes.

Add the diced pancetta, brown it and add the chopped parsley.

After a couple of minutes, add the green peas, a tablespoon of oil, add the broth, stir and cooking for 5 minutes.

As soon as the broth comes to a boil, add the rice, a pinch of salt and cook it stirring often. Almost at the end of cooking add the other half of the butter, grated Parmigiano and a sprinkling of black pepper.

Remove from heat and serve. 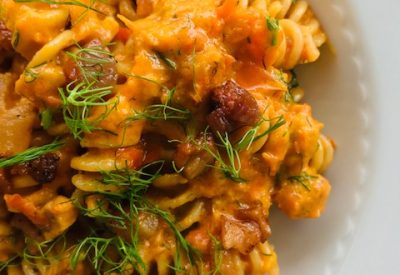 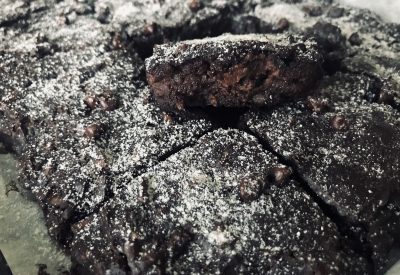 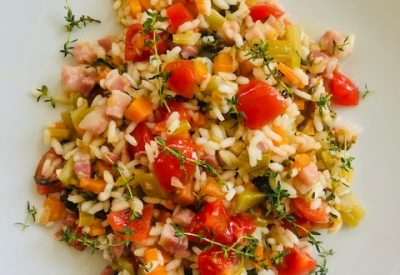 Rice with Soffritto and Smoked Pancetta