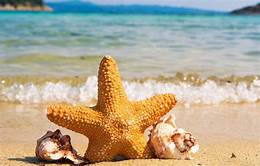 Ferragosto is a holiday that takes place on 15th August every year in Italy.

It is one of the most popular holiday in Italy other than Christmas and Easter. Ferragosto coincides with the Assumption Day, the main feast of the Virgin Mary, commemorating the day of the assumption of her body into Heaven.

Ferragosto is also the modern derivative of the ancient harvest festivals that were formalised by the emperor Augustus in 18 BC under the name Feriae Augusti (Festivals of Augustus), from which its name Ferragosto is derived. During these celebrations, horse races were organised across the Roman Empire and this tradition remains alive today with the Palio of Siena in Tuscany, taking place on the 16th of August. Indeed the name “Palio” comes from the pallium, a piece of cloth that was the prize given to winners of the horse races in ancient Rome.

The popular tradition of taking a trip during Ferragosto arose under Mussolini. In the second half of the 1920s, during the mid-August period, the government organised popular trips through the Fascist leisure and recreational organisations of various corporations, and via the setting up of the “People’s Trains of Ferragosto”, which were available at discounted prices. For many families, it was during these trips that they saw the sea, mountains and Italy’s many artistic marvels for the first time.

Nowadays, Ferragosto means heading to the family home or a beach resort for a huge lunch, either at home or in a restaurant.