Potato sandwiches stuffed with cheese and ham, an idea for a one-course meal or a second course born as an empty-fridge recipe that soon became an excuse to make them on purpose.

This recipe doesn’t really have precise doses, it depends on what you have in the fridge.

Cut the potatoes into slices about 0,5 cm thick, without peeling them unless they really need it. And there’s not even need to pre-boiled them as well.

Cut cheese into thin slices and ham into strips.

Two bowls: one for beaten eggs, the other one for breadcrumbs mixed with dried oregano.

Stuff a slice of potato with a pinch of salt, cheese and ham, then close with the other one forming a mini-sandwich. Pass it first in the egg and then in the breadcrumbs, press well with hands especially on the edges. Proceed in this fashion for all the others.

Heat the oil in a non-stick pan.

As soon as the oil is hot, roast the mini-potato sandwiches 2 mins per side. Put max 4 mini potato-sandwiches at a time.

Remove from the oil as soon as they are golden and crispy – test them with a toothpick to make sure they are cooked – put on kitchen paper to remove excess oil, serve. 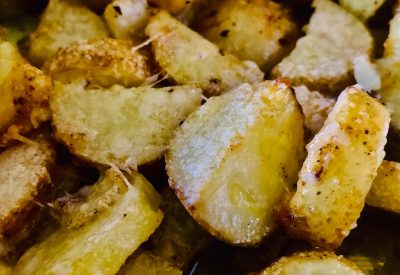 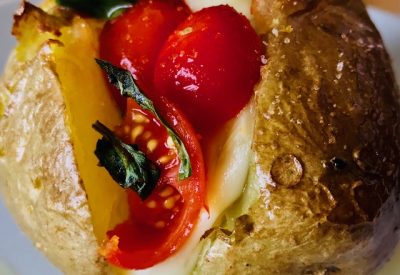