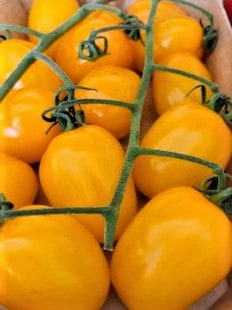 Piennolo Yellow tomato also known as the Gold of Vesuvius.

Both red and yellow Piennolo tomatoes are in fact considered unique because they grow only in the area of Vesuvius Volcano, Naples.

The characteristics of the Piennolo tomatoes are strictly related to the soil where they are cultivated, which is the result of millennia of stratification of lava: they benefit from the high concentration of minerals of the rich lava soil as around the Vesuvius area soil is very fertile and has been like that for many centuries, already in Greek-Roman times.

Piennolo tomatoes are planted between March and April and ripen between July and August; they can be stored in clusters for months or canned for year-round consumption.

An ancient peasant custom was to place the bunches of freshly picked tomatoes on strings like a pendulum, hence the name ‘Piennolo’.

The characteristics of this tomato are:

This, in addition to deriving from a genetic peculiarity, is indicative of a method of cultivation with low environmental impact and with reduced use of irrigation water, which makes this crop particularly suitable for a protected area, such as that of the Vesuvius National Park.

Both red and yellow Vesuvius Piennolo tomatoes represent a fundamental ingredient of Neapolitan and Campania cuisine in general by having a great versatility in the kitchen.

If you feel like tasting them, our official food partners Napoli e Sapori bring the sun of Naples directly to your tables. Take a look: italian-tomato 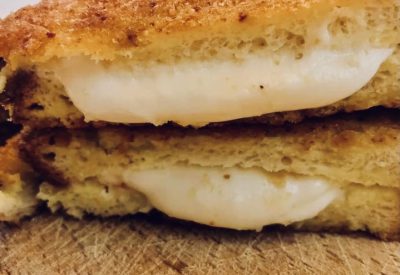 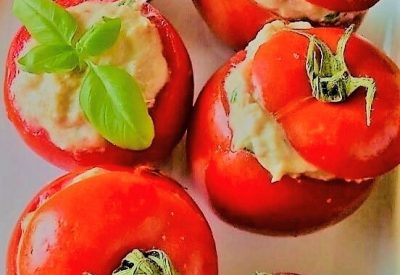 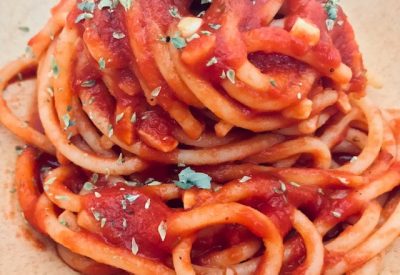