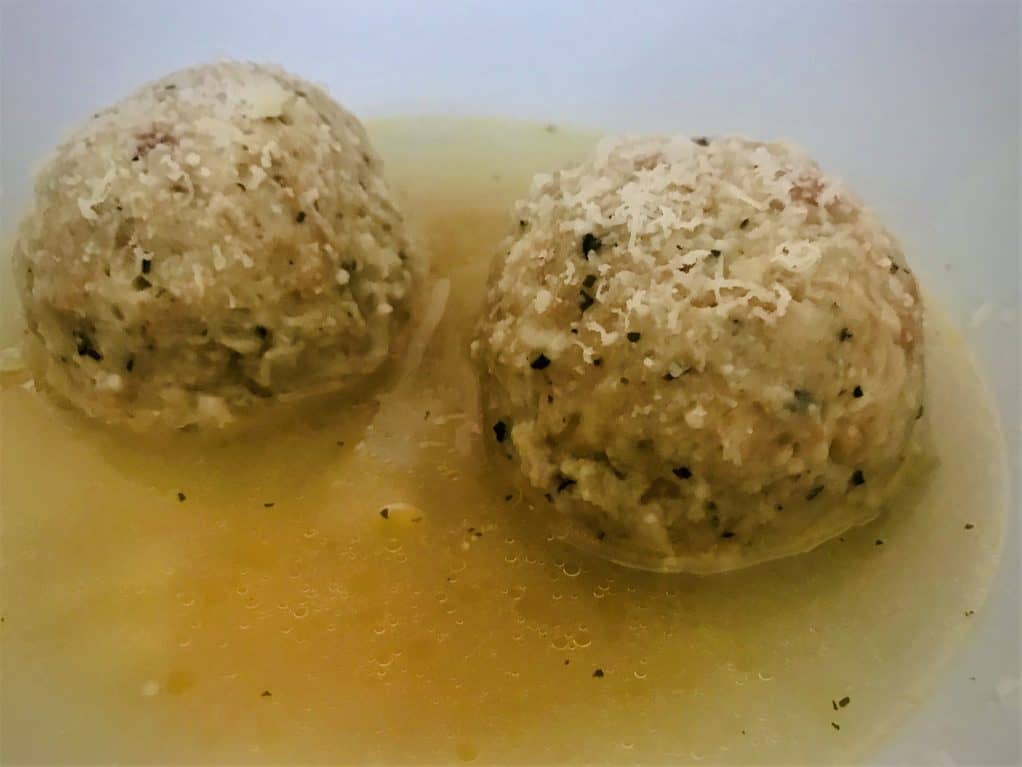 Canederli, this word derives from the German and Austrian ‘knödel’, i.e. dumplings, are made from stale bread from the Trentino-Alto Adige region, particularly from the South Tyrol area. Canederli are made with simple ingredients from the poor peasant tradition, however, even though they are composed of simple and inexpensive ingredients such as stale bread and eggs, the dough is often enriched with cheese and/or Speck – a kind of smoked raw ham typical of both the Trentino-South Tyrol and the North-East regions.
Every valley has its own traditional Canederli, in Val Venosta (famous for its apples) they are prepared with spinach or even nettle and are steamed instead of boiled, while in Val Pusteria they are prepared with buckwheat flour and Speck.

Cut the bread into large pieces and soak them in milk. Let them rest until they become soggy and then squeeze them a bit.
Beat the eggs in a bowl and set aside.

Finely chop the onion and fry it in a bit of butter. Cut the speck into cubes and fry it with the onion. Add the white wine and let it evaporate, then add the chopped parsley. Let everything cool at room temperature.

Add the beaten eggs to the bread soaked in the milk and also add the speck and onion, the tbsp of flour and the grated Parmesan. Mix all the ingredients well until you get a homogeneous mixture. Create balls that are not too small with the dough obtained, having dampened your hands a little.

Canederli usually have the size of medium-sized meatballs. If the dough obtained should be a little too soft, add a pinch of flour or you can also add the breadcrumbs because it compacts the dumplings making them soft at the same time.

Once you have made them, put Canederli to boil in the previously heated broth. They will cook between 10 and 20 minutes depending on their size, but in any case they will tell you when they are ready because they will come to the surface!

Tip: to verify if Canederli are cooked, do the ‘toothpick test’ by sticking it in a dumpling, if it’s soft, they’re ready.

Serve Canederli in hot broth with a final sprinkling of grated Parmigiano.

Tip: Where to find Italian Speck? You can find it on Ocado.com 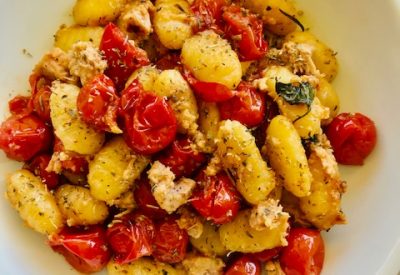 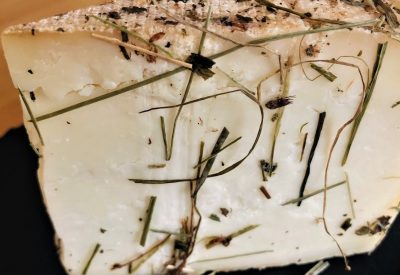 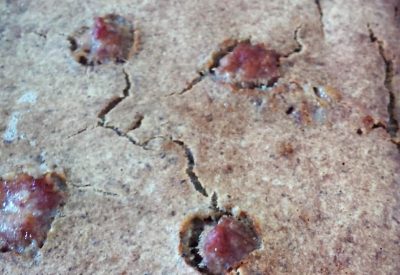