Canederli – this word derives from the German and Austrian ‘knödel’, i.e. dumplings – are stale bread dumplings from South Tyrol and it is a poor first course born from the peasant tradition. However, although they are made of simple and inexpensive ingredients like stale bread moistened with milk and bound with eggs and a small amount of flour, the mixture is often enriched with cheese and/or Speck – a kind of smoked cold-cured pork typical both of Trentino South Tyrol and the north-east regions – or with spinach or nettle and cheese as well.

Each valley has its own traditional Canederli, in Venosta Valley (famous for its apples) they are made by using spinach or even nettle and then steamed rather than boiled, whilst in Pusteria Valley they are made with buckwheat flour and Speck.

Both versions of Canederli can be served with broth or melted butter on top.
It is a proper winter dish.

You can replace Speck with Parma ham or smoked pancetta or even sausage (Luganega), which is used in Trento and its province.

Ok, but what exactly is Speck?

Speck is a typical South Tyrolean product cold-cured pork. It has been aged from six months to two years. It tastes similar to Parma Ham, with the exception that Speck has been smoked. It is produced only in that region which is a crossroads of culture and tradition between Italy and Germany, the South Tyrol.
It can be also served into thin slices or in little pieces. Speck carries the European Union’s Special Protected Geographical Indication status “Speck Alto Adige South Tyrol”.

Cut the bread into large pieces and soak them in milk. Let them rest until they become soggy and then squeeze them a bit.
Beat the eggs in a bowl and set aside.

Finely chop the onion and fry it in a bit of butter. Cut the speck into cubes and fry it with the onion. Add the white wine and let it evaporate, then add the chopped parsley. Let everything cool at room temperature.

Add the beaten eggs to the bread soaked in the milk and also add the speck and onion, the tbsp of flour and the grated Parmesan. Mix all the ingredients well until you get a homogeneous mixture. Create balls that are not too small with the dough obtained, having dampened your hands a little.

Canederli usually have the size of medium-sized meatballs. If the dough obtained should be a little too soft, add a pinch of flour or you can also add the breadcrumbs because it compacts the dumplings making them soft at the same time.

Once you have made them, put Canederli to boil in the previously heated broth. They will cook between 10 and 20 minutes depending on their size, but in any case they will tell you when they are ready because they will come to the surface!

Tip: to verify if Canederli are cooked, do the ‘toothpick test’ by sticking it in a dumpling, if it’s soft, they’re ready.

Serve Canederli in hot broth with a final sprinkling of grated Parmigiano.

Tip: Where to find Italian Speck? You can find it on Ocado.com – the online Supermarket 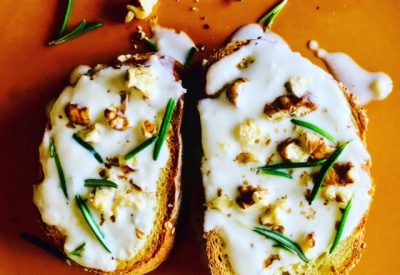 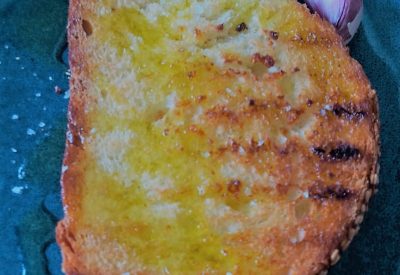