The Neapolitan ragout is characterized by the fact that the meat used in the recipe is roughly chopped in fairly big pieces instead of being minced; this is due to the fact that preparing the ragout was a way to use difficult cuts that needed to be cooked for a long period of time before becoming tender enough to be eaten. Preparing the ragout meant sorting out the meal with one recipe: the tomato sauce was used to dress the pasta, whilst the meat was eaten as a second course.

You can vary the cuts of meat depending on what you prefer and what you have at hand. According to the Neapolitan tradition, almost anything is fair in love and in ragout: chicken, turkey, game, beef ribs, small meatballs, or even veal rolls filled with garlic, pine nuts and raisins.

Would you like to know more about the different ragouts you can find in Italy? Head over to our article: Ragout: That Very Italian Braised Meat Sauce with a French Name

If you’re using beef ribs, cut away the fat. Dice the meat into cubes of approximately 4x4cm. Chop up the onions and stir-fry them in a Dutch oven, then add the meat. Stir continuously over medium to low heat to prevent the onions from burning.

Tip: If you do not own a Dutch oven, you can use a steel pot with a thick bottom.

Once the meat had browned evenly, pour in the wine and let it simmer over low heat until it evaporates completely.

Pour in the tomato sauce and cook for about 20 minutes over low heat. Season to taste and stir thoroughly.

Cover the pot with a lid, leaving a wooden spoon between the lid and the pot so that the lid is not completely closed; this will prevent the sauce from burning, as it will retain some humidity inside the pot, but it will also allow some of the steam to escape, thereby thickening the sauce. Leave the ragout to cook over extremely low heat for 4 to 6 hours, stirring occasionally. If needed, add some water to prevent the sauce from burning.

Tip: How do you know when your ragout is ready? Neapolitan ragout is a very dark, very thick sauce; it is usually considered ready to be eaten when so much water has evaporated that the tomato sauce has hardened along the sides of the pot.

Serve your ragout with some ziti or spaghetti cooked al dente. 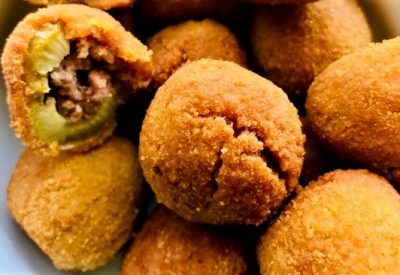 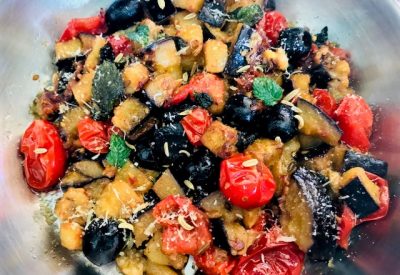