Unlike the Bolognese one, in the Neapolitan Ragout or Ragù, the meat is cut and cooked in pieces and not minced: this is due to the fact that preparing the ragout long time ago was a way to use difficult cuts that needed to be cooked for a long period of time before becoming tender enough to be eaten. In the Neapolitan Ragù there is no soffritto (diced carrot, celery and onion) but only onion; there is no tomato paste, only tomato sauce and no broth. It is a meat sauce that once you put it on the fire you almost forget it, even if better to keep an eye on it.
Traditionally it cooks for a minimum of 5 hours, but it can touches the
6 hours of cooking and sometimes even 8 hours. At the end of cooking this Neapolitan meat sauce becomes dark and thick. Preparing this ragout meant and still means nowadays, sorting out the meal with one recipe: the ragoutis used to dress the pasta, whilst the meat cooked in is eaten as a second course.

You can vary the cuts of meat depending on what you prefer and what you have at hand. According to the Neapolitan tradition, almost anything is fair in ragout: beef, chicken, turkey, pork sausage, game, beef ribs, small meatballs, veal and beef rolls.

If you’re using beef ribs, cut away the fat. Dice the meat into chunks of approximately 4cm. Chop up the onions and stir-fry them in a Dutch oven until soft, then add the meat chunks. Stir continuously over medium to low heat to prevent the onions from burning.

Tip: If you do not own a Dutch oven, you can use a steel pot with a thick bottom.

Once the meat had browned evenly, pour in the wine and let it simmer over high heat until it evaporates completely.

Pour in the tomato sauce, season to taste with salt and pepper, stir thoroughly.

Cover with a lid, leaving a wooden spoon between the lid and the pot so that the lid is not completely closed: this will prevent the sauce from burning, as it will retain some humidity inside the pot and it will also allow some of the steam to escape, thereby thickening the sauce.

Leave Neapolitan Ragout to cook over extremely low heat for 5 to 6 or even 8 hours, but keep an eye on it every now and then by stirring it. If needed, add some water to prevent the sauce from burning. 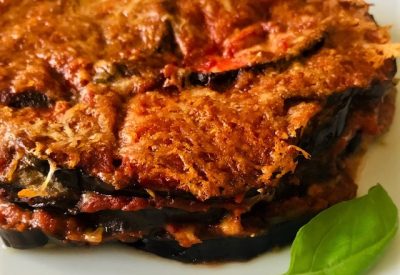 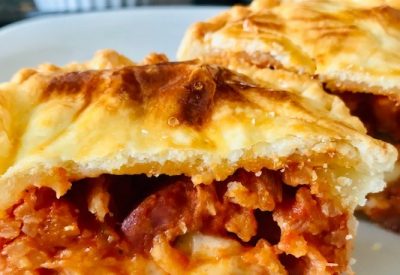 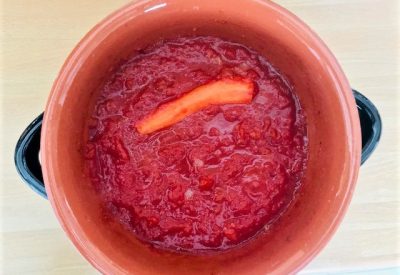 How to Reduce Tomato Acidity?