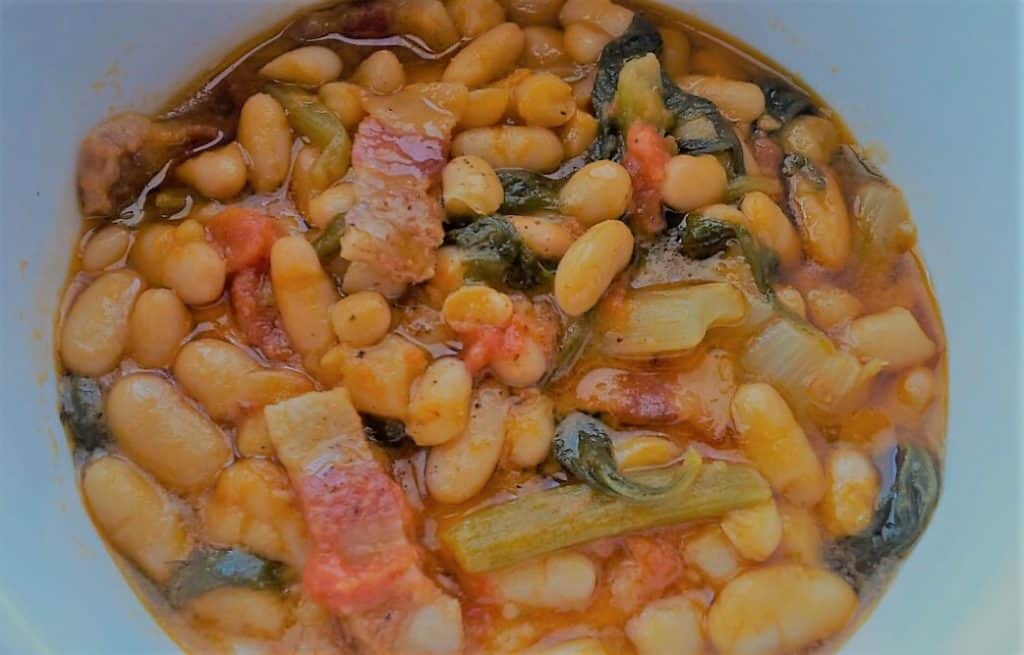 Beans have been a staple in Italian cuisine for centuries: they are a cheap source of proteins, and can be dried during the harvesting season and used later on in the cold winter months. Soups and stews that have beans as their main ingredients are a healthy and filling comfort food that warms up even the coldest days.

There’s many different ways to cook a delicious bean stew: some recipes suggest to use lard instead of bacon, or tomato sauce instead of fresh tomatoes. Tuscany’s traditional bean stew, called ‘Fagioli all’Uccelletto’, is characterised by the heavy usage of sage.

Rinse the beans under cold running water, then set them aside. Chop both the celery stalk and the leaves, peel the garlic cloves and the tomatoes. Cut the tomatoes in half. Slice the bacon into strips 5 mm thick and measuring roughly 0,5×4 cm.

Heat up 2 tablespoons of olive oil in a pan and fry up the garlic cloves and the chili. Add the bacon and fry it until it becomes crispy, then add as well the beans, the beef stock, the tomatoes and a pinch of salt. Pour in enough lukewarm water to cover the beans and bring it to a gentle simmer. Stir thoroughly and leave to cook for 20 to 25 minutes over low heat.

Tip: To make this soup into a delicious full meal, simply cook some short pasta or rice on the side and add it to the soup just before serving it.

Remove the garlic cloves from the soup, then serve it warm with a drizzle of olive oil, some freshly gound black pepper and just a pinch of turmeric powder.

Tip: If you’ve opted for a plain soup without pasta or rice, you can accompany it with a few slices of toasted bread or a simple bruschetta with garlic and olive oil. 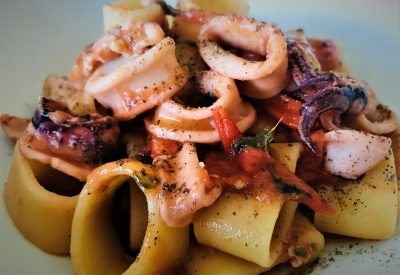 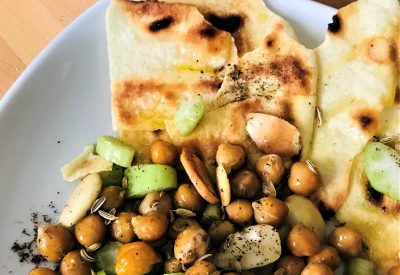 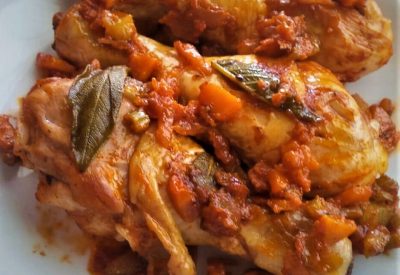