Spätzle are little egg gnocchi of rather irregular shape, part of the Tyrolean culinary tradition.

Tyrol is a part of the Trentino Alto Adige region, in the North East of Italy. This region borders with Austria and is part of a larger Swabian area, and there German is an official language as much as Italian. This is the reason why this dish has a German name and many variations of it can be found in Germany, Switzerland and some parts of France.

Spätzle are similar to gnocchi, but their dough is made only with flour, eggs and water, without using any potatoes. Different regions use different tools to make their kind of Spätzle; Tyrolean cooks use a sort of giant garlic press or potato ricer, with big holes.

Cook the spinach leaves by steaming them or quickly blanching them in boiling unsalted water.

Drain the spinach leaves and chop them finely. Mix them in a bowl with the water and eggs, adding salt and pepper according to your taste. Add the flour to the mixture, a little amount at a time, making sure to combine it well with the other ingredients. Leave the dough to rest in the fridge for about 30 minutes.

Tip: You can also use frozen spinach leaves instead of fresh ones; just make sure to drain them thoroughly, or the dough will be too liquid and the Spätzle won’t keep their shape.

Cut the bacon into stripes or small cubes. Melt the butter in a large frying pan and add the bacon; wait until the bacon is crispy before adding the cream. Let it simmer on gentle heat before removing it from the stove.

Take the dough and put it in the potato masher and press the Spätzle directly into a pot of boiling salted water.

The Spätzle will be cooked thorugh as soon as they come up to the surface. Remove them from the pot in small quantities, using a skimmer. Turn on the heat under the pan and sauté the Spätzle with the cream, the bacon and the grated Parmesan before serving them still hot. 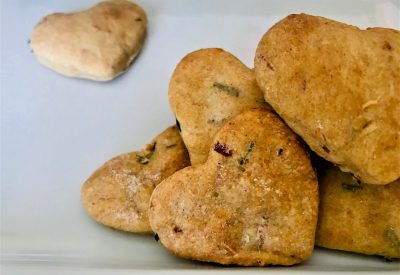 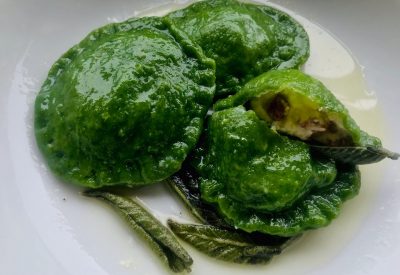