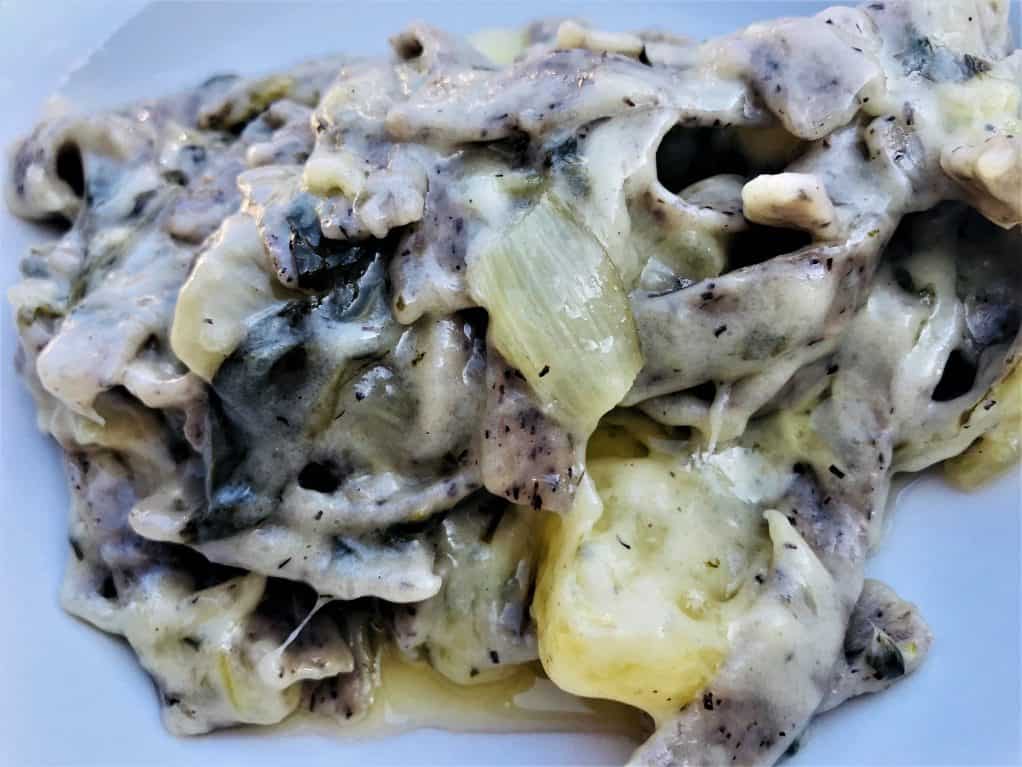 Despite being used as a cereal and having a nutritional profile that reminds that of cereals, buckwheat is actually not a grain and for this reason it is naturally gluten-free. According to some recent research, this seed was first cultivated in the eastern regions of the Himalayas and reached northern Italy in the 16th century.

This traditional recipe from Valtellina is, along with the Polenta Taragna, one of the best-known Italian dishes that use buckwheat flour. The pizzoccheri are a short flat kind of pasta, somewhat similar to chopped tagliatelle. This dish is rich in cheese, butter and carbs, and a great idea for dinner after a long day spent skiing.

We decided to prepare the pizzoccheri ourselves, from scratch –  but you can also buy them online or in a specialised delicacy shop. These ingredients make about the equivalent of 350g of dried pizzoccheri.

Mix the two different flours together in a bowl and pour in the water, which must be at room temperature. Knead the dough until it stops crumbling and instead reaches a uniform and elastic texture. Place the dough on a lightly floured work surface and roll it out in a sheet roughly 1 mm thick.

Cut long stripes out of the sheet of dough, each about 1 cm wide.

Cut the Bitto into thin slices and set it aside. Peel the garlic cloves and mince them finely. Melt the butter in a frying pan and quickly brown the garlic, together with the sage leaves.

Drain the pizzoccheri, potatoes and chard and put them into a rather large serving plate. Mix in the Bitto, the butter with garlic and sage, the parmesan, and then season to taste.

Serve the pizzoccheri whilst still warm.

Tip: Bitto is a locally produced cheese, made mostly with cow milk and at most 10% of goat milk; these animals also must be brought to Valtellina’s alps during summertime for their milk to be used to make Bitto. It’s a quite fatty cheese, that has to be aged for at least 70 days and therefore has a firm consistency and a very intense flavour. If you cannot source some original Bitto, your best bet is a semi-soft Bergkäse, or mountain cheese. 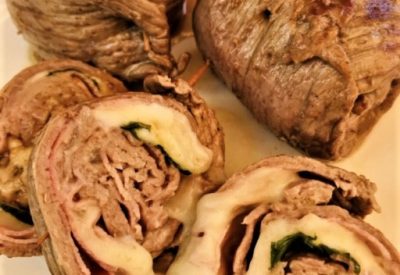 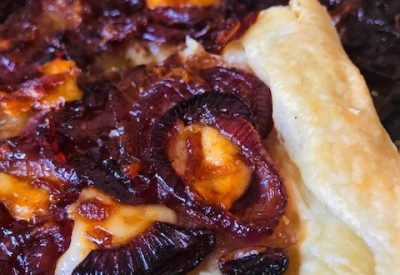 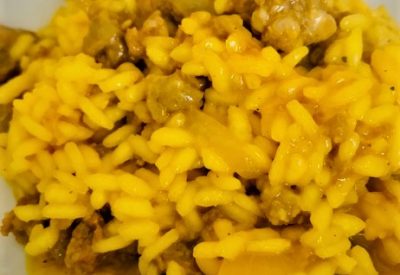 Monzese Risotto with Saffron and Sausage