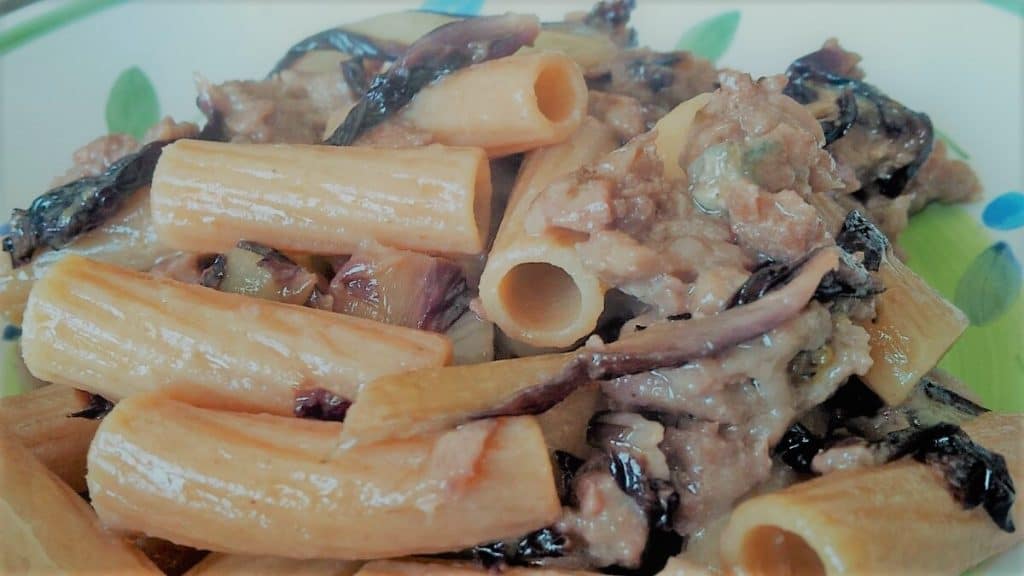 This hearty dish is full of Italian flavours: the Radicchio Trevigiano is a specialty from the Veneto region, in the north-east of Italy, whilst the gorgonzola is a specific kind of blue cheese that was first produced in the Lombard city of the same name.

The bitter chicory and the punget yet sweet taste of the cheese pair each other beautifully, whilst the the roughly chopped ingredients pair well with the coarser texture of wholemeal pasta.

Boil the pasta in a large pot of unsalted water. As the gorgonzola has a pungent and intense taste and sausage meat is often quite savoury, we suggest you to refrain from adding salt now and instead season the finished dish according to your taste.

Dice the onion in very small pieces and roughly chop the chicory and the gorgonzola. Set all ingredients aside.

Heat up some water in a pot and boil the sausages for about 10 minutes. Drain them and leave them to cool. When the sausages are lukewarm, cut them open and separate the meat from the skin. Discard the skin and chop the meat in small pieces.

Brown the onion in a pan with some olive oil, then add the meat and stir-fry it on medium heat for about 5 minutes. Add then the chicory and leave it to cook until it softens.

Drain the pasta when it’s still al dente and add it to the pan, along with the gorgonzola. Melt the gorgonzola on low to medium heat, until it incorporates the meat and the chicory in a smooth and even sauce.

Tip: Keep aside a glass of the water you used to cook the pasta: it will help melting the gorgonzola and it will make your sauce particularly creamy.

Serve the pasta hot, with a generous sprinkle of freshly ground black pepper. 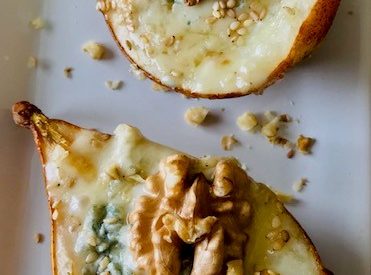 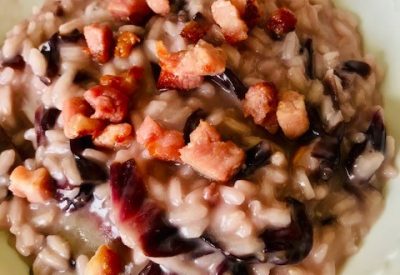 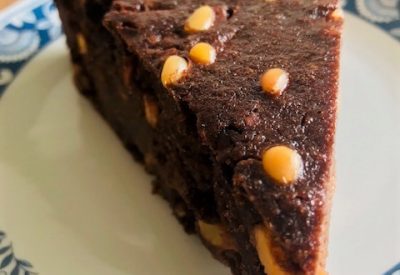