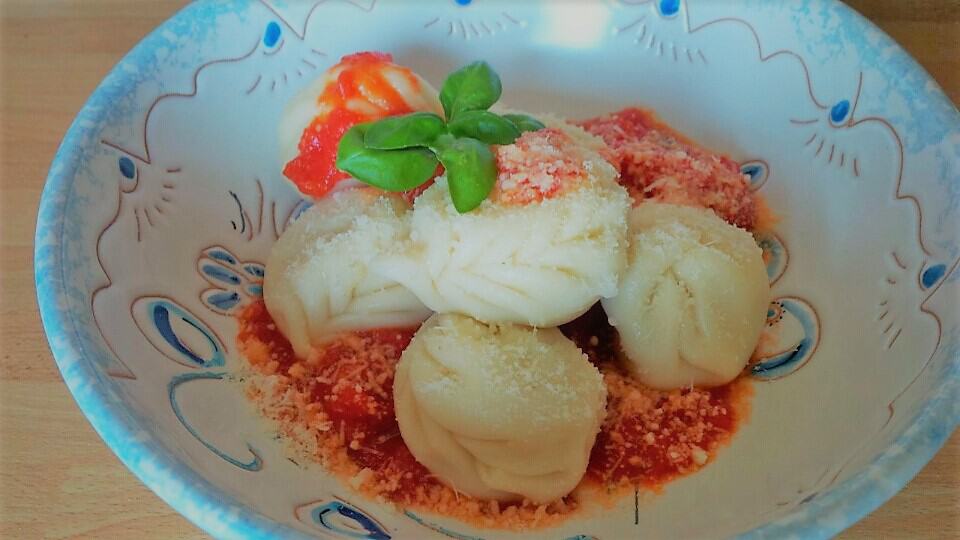 The ‘Culurgiones’ are traditional stuffed ravioli from Sardinia, well-known throughout Italy. They’re made with Sardinian pecorino, which is very different from the Roman one.

Traditionally, the ‘culurgiones’ are pinched closed in a way that is reminiscent of the shape of a spike of wheat, called ‘Sa spighitta’ in Sardinian dialect.

Sift both flours and mix them with the water and a pinch of salt. Knead until the dough is elastic and has a homogeneous texture. Put the dough in a bowl and cover it with clingfilm. Leave it to rest for half an hour.

Boil the potatoes in plenty of unsalted water, then use a potato masher to mash them. Leave the potatoes to cool down.

Crush the garlic under the flat side of a knife’s blade. Brown the garlic in a pan with some olive oil, then add the potatoes. Finely chop the mint and add it to the potatoes along with the pecorino. Mix carefully and add the rest of the olive oil. Remove the garlic.

Roll out the dough on a clean work surface. Use a glass or a pastry cutter to cut out some discs, about 5 cm in diameter. Put 1 tablespoon of potato mixture in the centre of each disc, then close them by pinching the edges together.

Bring a pot of salted water to a boil; as soon as it starts boiling, dip the culurgiones in the water. Remove them from the water by using a skimmer as soon as they come to the surface.

Serve warm, either with just some grated cheese or with a simple Fresh Tomato Sauce. 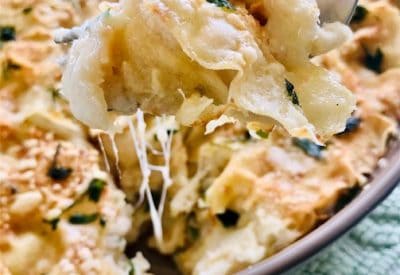 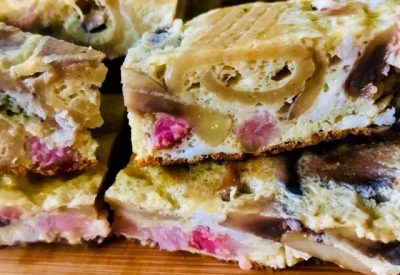 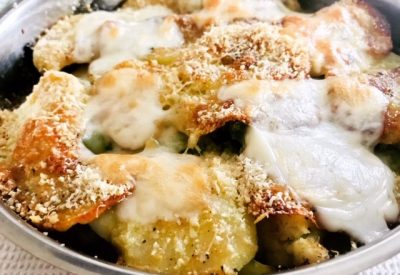