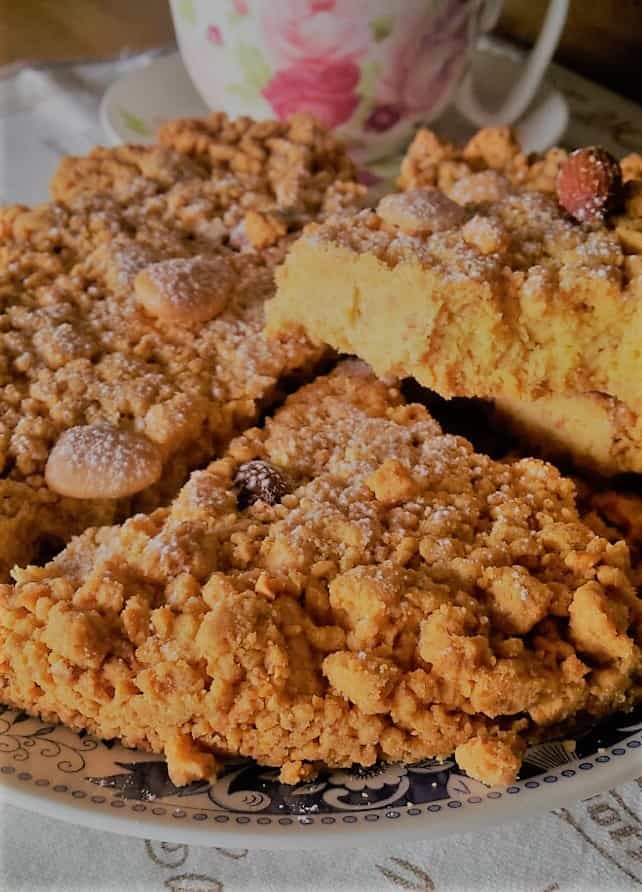 The Sbrisolona is a cake typical of Mantua, a city located in Lombardy, in the North of Italy, and has a very long history: it dates back to the 17th century. It was initially considered to be a sweet for the poor table of peasants, but soon became a favoured food of the noble Gonzaga family, that ruled Mantua from the 14th to the 18th century.

Italian people love themselves a sweet breakfast, so a piece of sbrisolona is the perfect complement to a morning coffee. Be advised, though: it will be almost impossible to cut an actual slice of this Sbrisolona, as it is closer to a crumble than a proper cake. The word sbrisolona actually comes from briciola, which is Italian for “crumble”.

Preheat the oven to 180°C and take the butter out of the fridge, so it softens at room temperature.

Mix the two flours together and then add the sugar, the almonds, the vanilla extract, the lemon zest and a pinch of salt.

Pour the mixture on a lightly floured flat surface; create a small hole on top of the flour and fill it with the egg yolks and the softened butter. Knead the dough, which must not have a homogeneous, elastic texture, but rather a very crumbly one.

Use some corn flour to lightly cover the inside of a baking tin, then fill the tin with the crumbly dough and level the mixture to a height of about 3 centimeters.

Tip: It’s incredibly difficult to not break the sbrisolona when you transfer it to a serving dish. I suggest you to use a springform pan, so that you can simply open the outside of the tin once the cake is cold.

Bake the sbrisolona for about 40 minutes to 180°C. Let it cool down at room temperature and sprinkle with some icing sugar before serving. 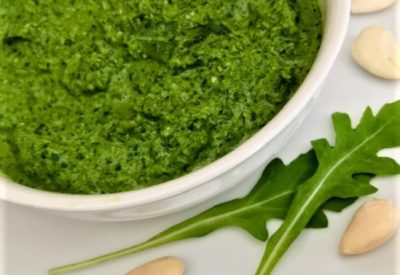 Rice and Parsley Soup with Potatoes from Lombardy 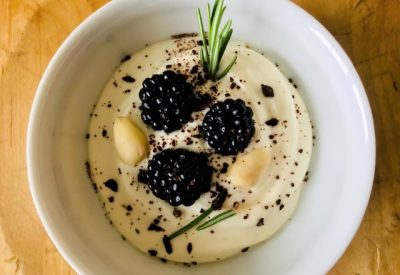